The children have now completed their second week in Palace class and are settling in really well. They come into school smiling and are now happy to walk up the path into class almost independently!

In class we have begun to learn some of our initial sounds (s, a, t and p) recognising and picking them out from the sand, writing them on our whiteboards and listening out for them in words. We are also working hard to write our names - which we practice every morning at snack time.

The children have enjoyed our farm themed topic, which has included the traditional tale 'The Three Little Pigs. We have built houses for the pigs out of straw, sticks and bricks and let the Big Bad Wolf try and blow them down!

In maths, we have been sorting animals by colour and size and  learning to count numbers up to 5, using songs and objects to help us. We have also been trying to recognise these numbers around the classroom.

The children also took part in their first PE lesson this week, which involved getting changed into their PE kits and walking down to the hall. The children tried very hard to change by themselves and listen to the instructions given to play circle games such as Duck, Duck, Goose. 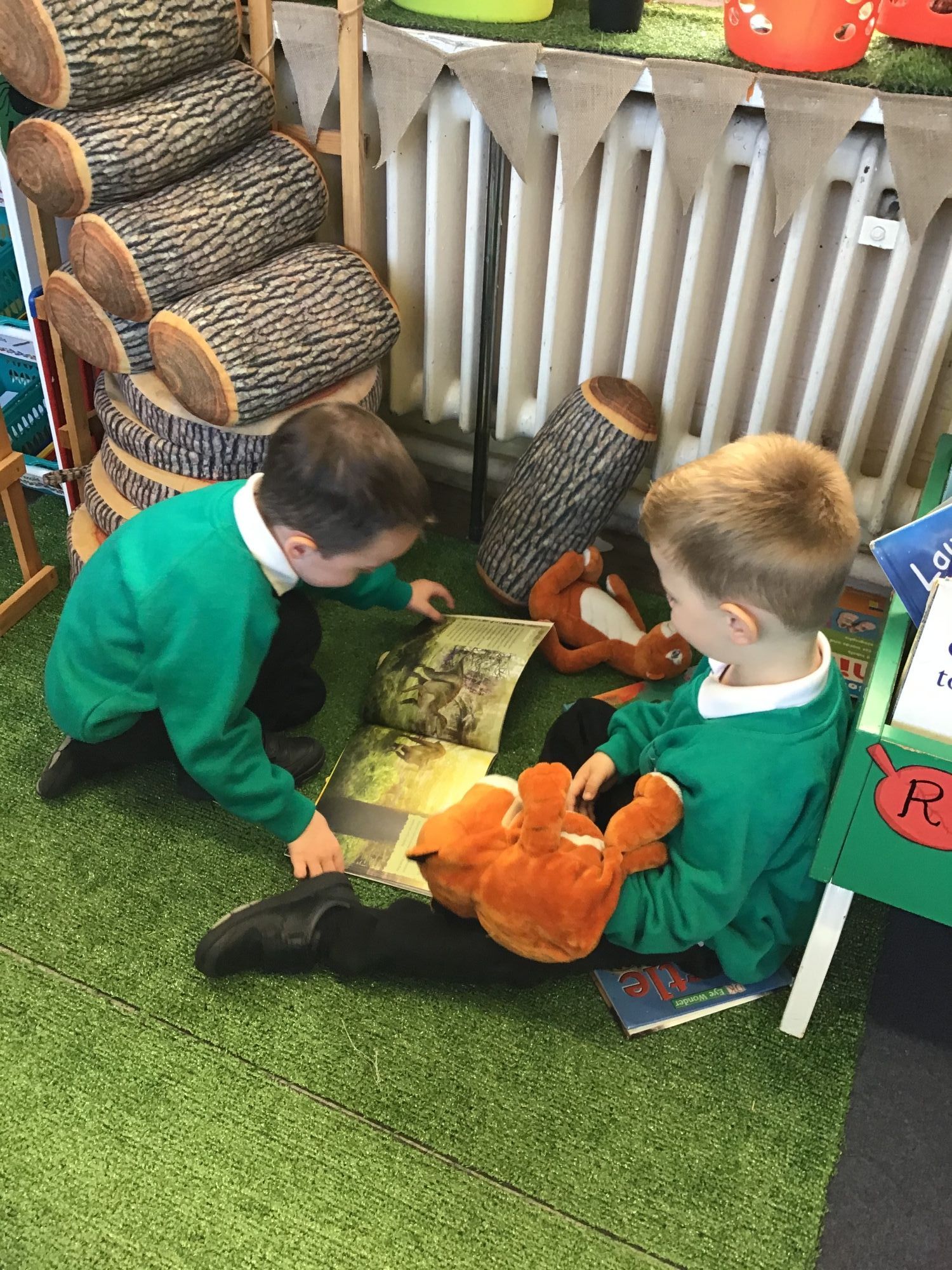 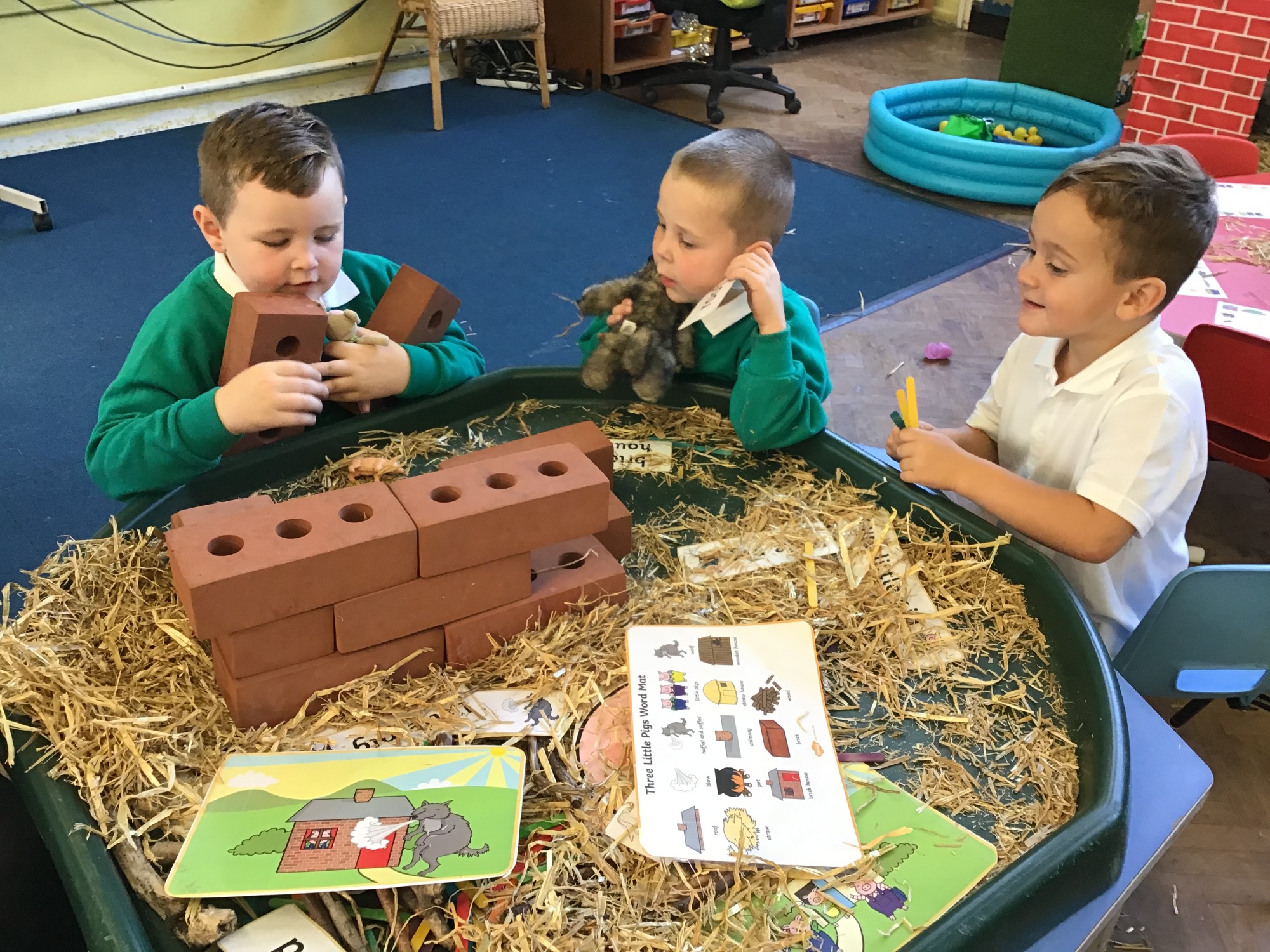 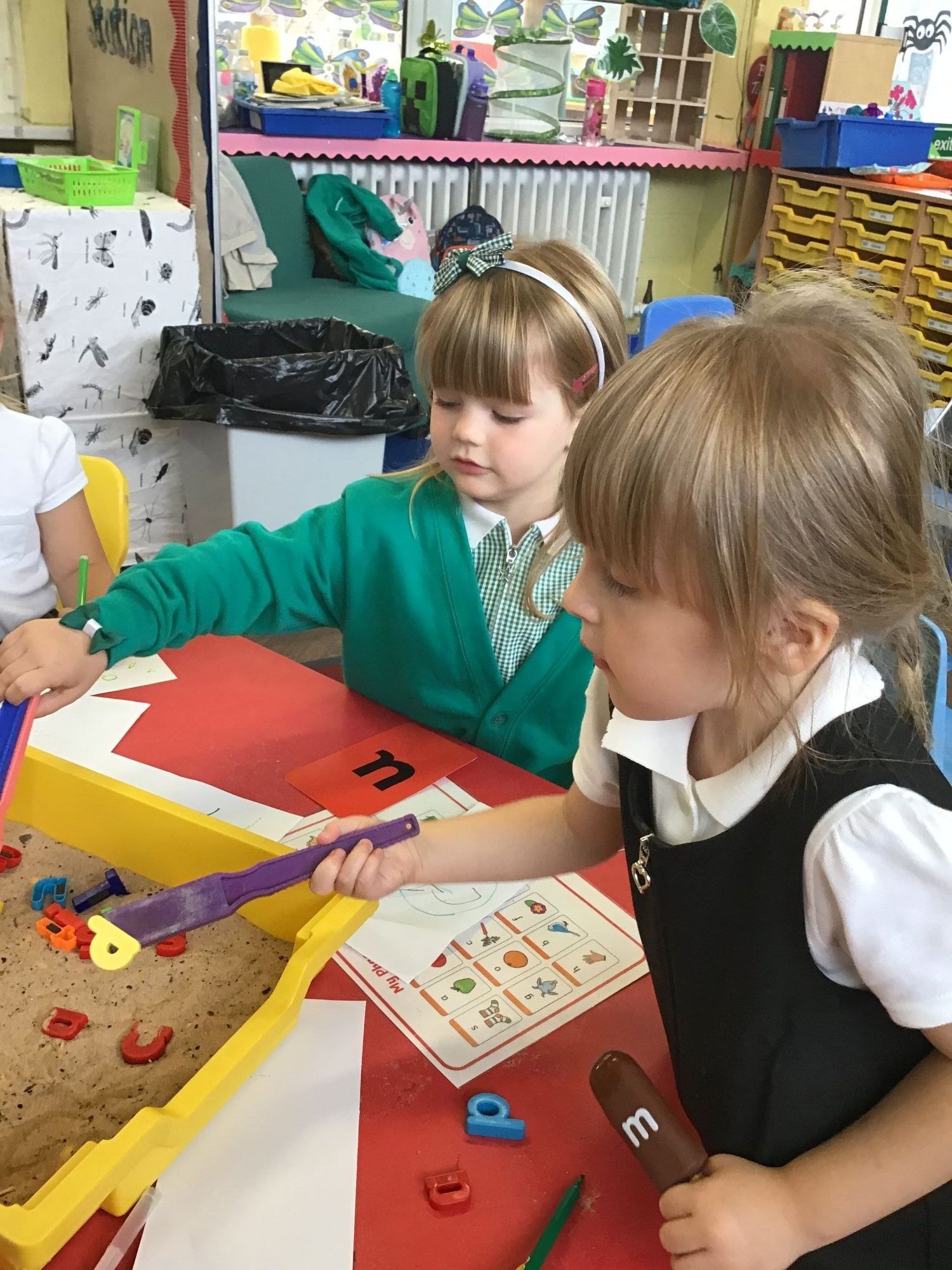